Radio Wont Die - But It's Limping

There's a short discussion occurring at Linkedin. It was posted by someone whom I've respected for many years, Jon Latzer of CBS Digital Sales. The article, titled "Why Radio Wont Die," comes from MediaVillage and focuses on the many reasons why its author (David Smith) believes this concept. I believe it too. Where we disagree is on radio maintaining its relevancy. Jon Latzer points to "It's [radio] beginning to evolve and evolve in some truly wonderful ways." He points to Townsquare Media and Alpha Media as "doing some fantastic things." I'll also throw out Hubbard Broadcasting as leaving the road most traveled. But there are not many other companies to speak of. iHeartMedia essentially duplicates other tech companies' movements . (Think Pandora.) Cumulus, ditto. (Think SweetJack, from Groupon.) Other than that, neither has come up with an original radio-centric idea.

As I normally do in these types of discussions, my statement revolves around the smoke and mirrors that radio uses to move in the "live and local" arena. In the mentioned discussion, former WIP programmer Andy Bloom says "if it [radio] does [die] it is because the industry committed suicide." I agree.

Joseph John Morris, Director of Marketing at Gretz Beer, also gave his opinion on Jon's post, starting with "They [radio people] aren't leveraging the opportunities they have with digital-they kinda stink!" Jon Latzer responded with "I'm curious how you would manage the first point you mentioned?"

I want to address this one item in as brief a manner as possible, in the most descriptive way. Because it is here that radio has taken the hardest fall, and failed: top-level domains.

If ever there is an area where radio proves it doesn't understand digital, it's the lack of understanding how powerful a descriptive top level domain is.

Over the years, from companies in radio, we've had "TotalRadius.com" "radioheardhere.com," and "thebestofradio.com," now all dead (along with many other non-descriptive domains). RAB created a "Why Radio". But it's not at WhyRadio.com. It's URL: http://www.rab.com/whyRadio.

Who is it that owns "RockRadio.com," "TalkRadio.com," or "ListenToRadio.com"? It's not anyone in the radio industry.

Even the term "SeattleRadio.com," owned by Fisher Communications of Seattle Washington, sits idle with no redirect leading to any of Fisher's Seattle radio properties. (It's been this way for years. I first pointed to it in March, 2009.)

Would a RadioAdInfo.com help the relationship between digital and radio? I designed this concept in 1999. It still is ignored.

I thought about selling the following names and queried RAB a few years ago on purchasing them. These names included RadioAdInfo.com, RadioAdvertiser.com, AdsonRadio.com, RadioAdsOnline.com, and HowtoUseRadio.com

Here is the response from a high level executive at RAB: "Ken, a question came up before we spend too much time determining possible use. Are you talking tens of dollars or hundreds of dollars for all of them?"

Laughable? I think it sad, but demonstrative of how misunderstood and under-valued digital is to those in control of radio.

As a side note for Jon: It took CBS Radio a few years after it purchased CNET to activate what that company owned, Radio.com. And I believe it is still the only descriptive domain owned by a radio company.

To restate Jon: "...how you would manage the first point you mentioned?" If radio wants to compete it needs to get involved in digital in ways that pure play digital companies do, thinking like companies that operate in digital think. Taking action that reflects, but does not duplicate, what smart digital players do should be radio's objective.

Radio isn't going to die but it's on the road to a diminishing relevance that will put it in the same silo as fax machines, film photography and in-home phones. If something isn't done to quit depending on the audience being as dumb as radio execs believe they are, the audience will move on.

The tsunami of change started in 2004. Yet, radio is just now getting around to - in Jon Latzer's words - "...beginning to evolve and evolve in some truly wonderful ways."

"Beginning to" isn't fast enough. And that rate of "evolve" isn't even close to where radio should be after nearly twenty years of digital competition.

Today's artist introduction is to Country from Pixley Arbuckle 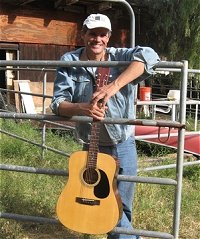 Give "Something Wrong with You" a listen.