When the Medium is the Message

I'm seeing many articles lately about the value of the term "podcasting." Persons connected with radio have taken to writing how "podcasting" is a new revenue road for the industry.

Near daily we read how the word "podcasting" should not be changed. One statement, symptomatic of radio's myopia, was reported last week, when podcasting was called: "...a mainstream media choice which 21% of Americans used last month." Does anyone recall how broadcast radio fought calling internet radio "mainstream" when its listener level reached 21% (2008)? Two years later, still not sold on new media, we heard iHeart Media's Bob Pittman saying "...broadcasters shouldn't become too hung up on digital revenue."

Radio programming, as it's done today, is weak. The creation of its product is dependent on too few people shouldering too many responsibilities. The result is a line-up of audio programs resembling cars on a lot. You will only test drive a few.

Like in the days of HD Radio when trade publications were running stories how the industry would be filling new stations with "compelling" content, we are again seeing words written that podcasting will save radio because it allows for more content.

Compare what radio calls podcasts with the definition when Googling the term: A digital audio file made available on the Internet for downloading to a computer or portable media player, typically available as a series, new installments of which can be received by Receivers automatically (my bold).

From the technical side this is a huge difference. Though, for a radio industry looking to attach itself to technology, correctly using a word matters little.

In more ways then Marshall McLuhan envisioned in 1964, the medium has become the message. Podcasting is a medium that doesn't include manual downloading of a morning show's best clips, or listening to a radio web site's song of the day when you "click here." Radio,though, won't let go of that deception.

NPR is the only broadcaster doing podcasts correctly. The reason for its success: NPR started down this road over a decade ago, creating programming that you subscribe to. Today the trade headlines read "NPR Expects Podcasting Revenue To Double," and the industry is buzzing. It shouldn't be. What commercial radio is doing bears little resemblance to NPR's well-oiled podcast machine.

The availability of downloadable programs is overwhelming. That any radio station sales chief believes articles with titles like "Podcasting As Your New Revenue Stream" is as pie-in-the-sky as when all were banking on HD to be radio's savior.

The medium is the message. In audio that message is comprised of either a broadcast, stream, podcast, or downloadable source - the last two are not the same. To insist they are drives home the width of chasm between broadcast radio and what's happening online.

Attaching to digital by misusing terms has become the message in this medium of radio.

We are in transition.

Next: Introducing another "Medium is the Message" example, and why its niche is important.

Today's artist introduction is to Pop from David J Caron 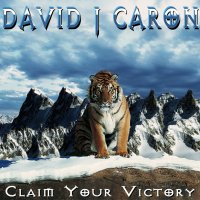 Give "Claim Your Victory" a listen.