It's Harder With So Much Opportunity

In 1995 we did not understand what was in front of us.

The first time I knew the internet would change life was in 1995, when helping our son do a report on Egypt. Accessing the Cairo Museum files from my North-East Ohio home stunned my senses. Computers, which I had been writing code for since 1968, were changing from something we used to collate and calculate into machines for information and communication.

Earlier, there was Cleveland FreeNet - a text-based chat room system. We'd access it by phone modem at 96 baud (96 bytes per second). Nerds and academics used it to talk to people around the world. But pictures? Not yet. 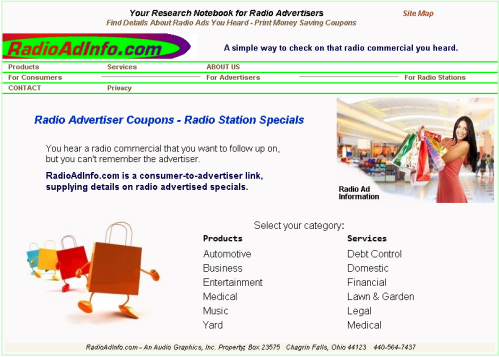 By 2009 many people (except those leading the industry) knew that streaming radio was in trouble. In May of that year I wrote: "The bottom line is that simply selling web site impressions is too old school for what lies ahead." Sure enough, spot and national revenue continue downward due to an overabundance of avails and accountability issues. Advertisers today are looking more for results than reach.

In 2010 I said: "In the future we'll be seeing a larger percentage of persons turning to the internet for audio programs"; and "We must acknowledge that the radio business model will need to change to stay profitable"; a month later, "There's just no movement, anywhere in radio, on showing quantified ROI to advertisers, though there has always been a continuing stream of talk."

The number of companies jumping at radio's online opportunity staggers your mind in 2015.

Radio is only now awakening to need for presenting ROI data. Evidence is in an iHeartRadio-owned Inside Radio July 1, 2015 headline: "Schwartz: We Need An Instrument That Measures ROI.'" The article carries this line: "'The characteristics of the audience are more important than a number,' says Cherry Creek CEO Joe Schwartz. 'Ratings can only tell me how many listened. We need an instrument that measures ROI.'"

With so many technology companies jumping into radio online with ROI data, what is radio's topic du jour? "Marketron Executes The First-Ever Real-Time Programmatic Spot Buy For Radio."

It appears that nobody in radio - online or off - seems to understand the negatives associated within its "programmatic" claim, as stated in these follow-up sentences: "This being radio, Marketrons definition of "programmatic" is not real-time and neither can it support impression-level targeting of the sort digital buyers are used to. Programmatic here means automation, allowing stations to easily expose inventory and overlay it with audience and inventory data for regional and national buyers."

If programmatic ad delivery for radio is different than in a digital buy, why is it called "programmatic"? (Recall the howling made when Pandora called itself "radio"?) Is it irony or hypocrisy?

Today there are so many radio stations that generating online revenue is complicated, expensive and problematic. Your competition is everyone pushing audio on the internet.

Pandora, Apple Music, Spotify, Google Play Music, etc, etc, and another fifteen etc's. What media buyer will take a chance on a lone wolf station? Who wants to view another style of Request for Proposal (RFP) or invoice? For agencies and advertisers, it is just more stuff to learn.

Relative to internet radio, with an apology to Samuel Taylor Coleridge's Ancient Mariner: Opportunity, opportunity everywhere, Nor any profit to be made.

The most-asked question I hear is, "How do I sell advertising for my internet radio station?" Unfortunately, I don't see this question changing because I see no shift to moving the emphasis from CPM to ROI.

Today's artist introduction is to Blues from Invisible Eddie.

Give "The Blues Won't Leave Me Alone" a listen.