Being Popular in One Step

For readers of radio, podcast and indie artist web sites you can not go online today without being exposed to hyperbole on podcasting.

Numbers are staggering (and won't be repeated here). Read enough and you hear the thought "I can do that" echoing tens-of-thousands of times. The alure found with podcasting by anyone looking for an audience, and aren't we all, is the presented ease of tapping into 65 million Amercians who reportedly listened to a podcast over the last 30 days. Two things are wrong with this approach: 1) there is no "ease"; 2) seldom is "65 million" put into perspective.

Handlining the latter first, try this analogy. You have 65 crackers, Saltines. Let these 65 represent categories of podcasts.

Now, as if they're still in the packaging sleeve they are boxed in, smash those 65 crackers. Give it multiple good whacks for the best comparison, then pour the crumbled crackers in a bowl. Separate 5-9 crumbs (that's an average individual's podcast appetite). The rest of the crumbs, just throw away.

Maybe 3 of your separated crumbs reflect the popular, universally known podcasts. Those thrown away may have had a handful of listeners each but, individually, are they really enough to matter?

With a painted big picture of podcasts being "the next big thing" for every content producer, we have an overabundance of promise. There's not enough talk on how creating a successful podcast is akin to playing the lottery.

Crackers aside. Add the amount of work required in conceiving, producing, posting and promoting new episodes of your podcast and the aura of owning a podcast dulls quickly.

It doesn't matter if you're an artist, station, or podcaster who just wants to talk, creating a popular podcast easily does not exist.

If you are, however, willing to walk more than one step give podcasting a try. As a part of today's distribution system for audio it needs to be done right and consistently, for enough time to build an audience - months to years is a frame of time to keep in mind.

Today's artist introduction is to Country from Grant Maloy Smith 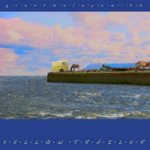 Give "How Long Does a Woman Have to Wait?" a listen.