What's Next for Indie Artist Exposure?

AudioGraphics.com was created on January 15, 1997, making tomorrow our 18th birthday. I set out with the purpose of informing the broadcast radio industry "how" the internet affects its business. The theme centered around there being more than one way to say radio. Archive stories are here.

Five years later, RRadioMusic.com appeared as an Audio Graphics' system for radio stations to hear new artists. I could not imagine just how little either group would change with the times.

Last week I covered online radio's new royalty rate, which asks all stations to pay the same. It excludes "small webcasters" as a category that receives expensive but affordable lower rates. (I'm about to do inventory at our RadioRow and will let you know the number of dead stations which were alive pre-CRB rate change.)
Nothing remains, nor is remotely close to, how songs used to "work their way to the top." From paying bars to play to working social media, an indie artist faces hurdles you could not have imagined a decade ago.

In the old world, an act could hope for support from a music label, which would "work" music outlets for exposure time. There was a finite number of those outlets.

I don't need to spell out the multiples of music outlets existing today, nor how "labels" have been supplanted by individual artists - tens-of-thousands of them - each trying to get attention. A music director can only answer so many emails containing subject lines of "This song will blow you away!"

For the indie artist community, the new CRB rate is terrible. It will mute many outlets, many previously available options where an indie act could hope to reach a few more potential fans.


What's a "next step?" I'm working on new programming concepts to get around a loss of station exposure. One may fit your needs.

In addition to podcast distribution of our "Intro to Indie Artists" series and RRadio Music's offering of songs to stations, I'm working on a platform of music program shorts to be released daily. This is in early stage. I'm deciding between the two page layouts at Audio Graphics or RRadio Music. 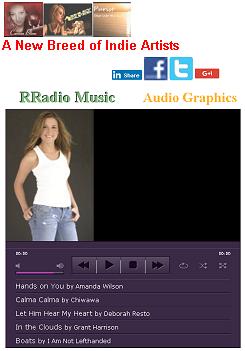 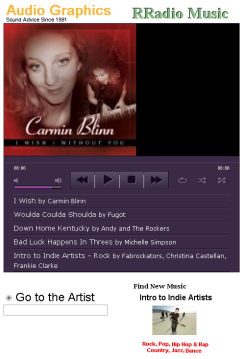 Independent artists must respond by educating themselves on the opportunities a changed world creates. Trying to maintain old world systems of exposure and revenue is wasted energy.

Today's artist introduction is to Pop from Christopher Ames.

Give "Pictures of Us" a listen.